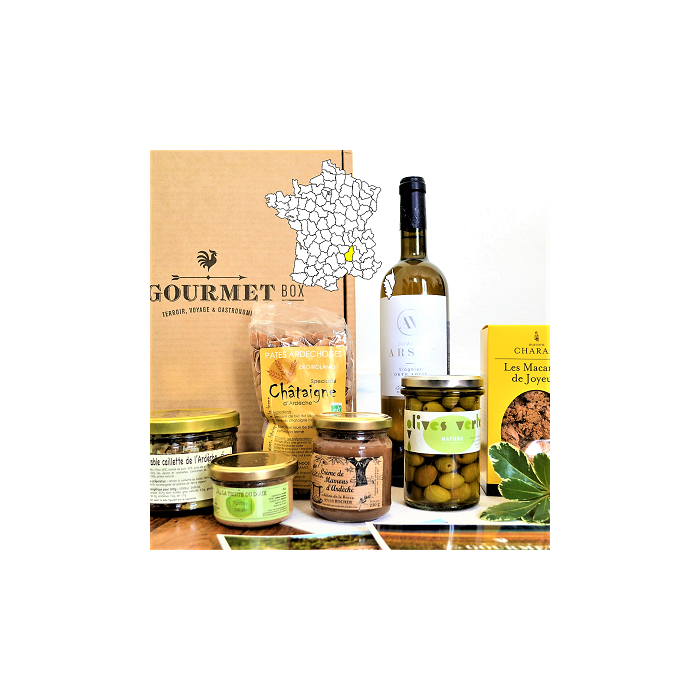 In May, La Gourmet Box travels to Ardéche in the heart of the Auvergne-Rhône-Alpes region. This département is named after the waterway that runs through it, the River Ardéche. With this gourmet box, we invite you to experience the enchanting allure of the province's magnificent landscapes, skilled artisans and savoury delights. Stretching from the high plateaus of Auvergne to the Rhone Valley, this region boasts a diverse array of superlative culinary products, climates, terroirs and scenic vistas.
Its bounty is unique and varied: little-known yet impressive wines from established AOC regions and other very promising zones, unrivalled chestnuts and fruit from the Rhone Valley, the famous caillette ardéchoise, beef from free-range mountain cattle, river trout and so much more.
We hope you enjoy this fabulous gourmet journey through Ardéche!

After taking over the family winery near Aubenas (a French commune in the Rhône-Alpes region), since 2014 Sébastien and his brother have applied the principles of organic agriculture to their vineyards. Making the most of the different soils and grape varieties planted on their property, they produce highly original wines with stunning organoleptic properties.

For our gourmet food box we've chosen a magnificent white wine made from Viognier grapes, an intensely aromatic, fruity variety typical of this region though relatively unknown outside of France. Normally, this limited-edition wine (just 2500 bottles a year) can only be found on the menus of the finest local restaurants, but Sébastien generously agreed to set aside a few bottles for us! This wine was named Ortu Solis ("Rising Sun" in Latin) because the vines bask in the first rays of the early morning sun, and also because of how the fruit is harvested: workers go through the vineyards in multiple passes or tries over several days to ensure that only the ripest bunches are picked. This bright, almost golden-coloured white Viognier offers a wide range of aromas and flavours guaranteed to delight and surprise. It is a fairly oily, unctuous wine with a heady bouquet of floral (rose) and fruity notes (apricot, white peach and even chestnut) and a hint of well-integrated woody tannins. Let this wine transport you to the land of the rising sun... and prove that Bordeaux and Burgundy don't have a monopoly on fine wines!

Pairing suggestion: excellent with a seafood risotto, and even better with the trout rillettes you'll find in this box. Best served chilled between 10 and 12º C. 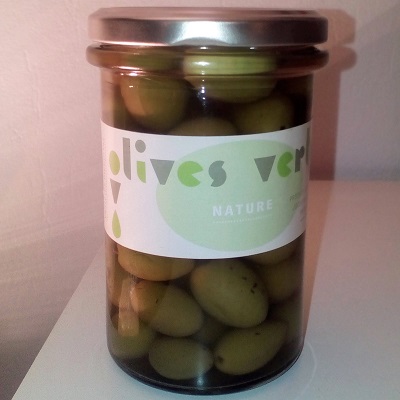 In a stunning glacier-carved valley overlooking the forest, grapevines and olive trees grow together on carefully cultivated terraces in the heart of the Monts d'Ardéche Regional Nature Park.

Jocelyn grows several varieties of olives using sustainable agriculture, but we settled on the region's signature cultivar: the Picholine. This fleshy, fruity olive is the ideal companion to a summer aperitif and also goes great with appetizers, cold cuts and salads. 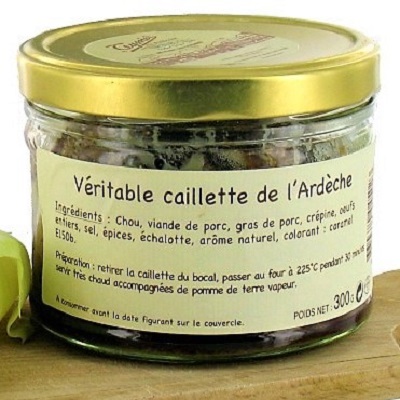 Situated over 1000 metres above sea level in the heart of the Monts d'Ardéche Regional Nature Park, Maison Teyssier Salaisons is one of the few firms to boast the prestigious EPV (Entreprise du Patrimoine Vivant or Living Heritage Company) label, awarded in recognition of its unique talent for producing first-rate regional dishes. And as we simply could not pass through Ardéche without sampling its famous caillettes, we chose those of Maison Teyssier—quite honestly, the best we've ever tasted! Caillettes is a typical Ardéche dish made on farms at pig-slaughtering time. They mix cabbage with bits of pork, wrap it in a thin layer of caul and pop it in the oven, and the result is exquisite!

Preparation is fast and easy: just place the caillette on an uncovered dish and heat in the oven for 10-15 minutes. Serve with steamed potatoes or, better yet, the buckwheat and chestnut flour pasta included in your gourmet box. 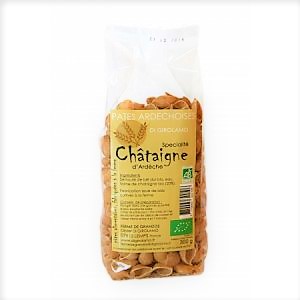 Shortly before his fortieth birthday, Olivier decided to turn the family estate into an ecological farm and grow buckwheat (organic, of course!) to make premium artisanal pasta.

He produces several different shapes and types, but for this gourmet box we chose the pasta made of buckwheat and 20% chestnut flour (also organic) because of its originality and fine, unique flavour, a far cry from industrial pasta...

We recommend serving it al dente with a drizzle of olive oil and freshly-grated Parmesan cheese. 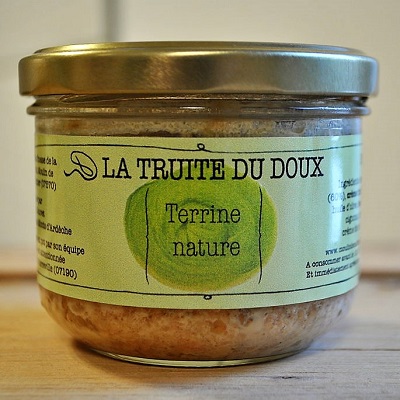 In a magnificent, pristine natural setting on the banks of the River Doux, right beside the Malfragner Mill, the Jouvet family has cultivated trout for several generations. One of the daughters, Estelle, decided to go one step further and turn this excellent fish into rillettes with different flavours, using only products from predominantly local organic or sustainable agriculture enterprises.

And we have to admit, the results are out of this world! For this gourmet box we chose her most natural recipe, one that captures all the freshness of the tender trout meat. The spread makes a perfect hors d'oeuvre when spread on slices of toast and drizzled with a bit of lemon juice. 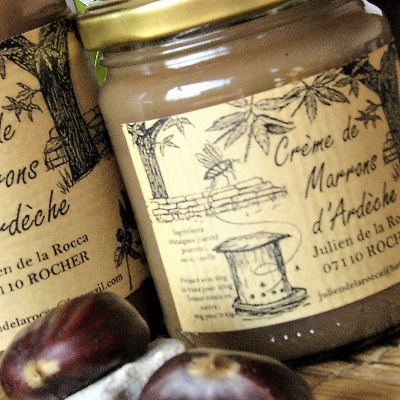 The chestnut is undeniably a signature ingredient in the cuisine of the Ardéche region. And when it's transformed into cream or purée, it becomes an irresistible pleasure.

Made from an intensely flavourful variety of chestnut (the Pourette) harvested by our artisan Julien in his own chestnut groves, this homemade chestnut cream is truly delicious—and we should know, because we've tried more than one! Containing bits of candied chestnuts and a dash of vanilla, this smooth cream has an unbeatable texture.

Young and old alike will love adding it to yoghurt, crepes or even just eating it by the spoonful!

The macaroon—a word that comes from the French macaron, which in turn came from the Italian maccarone—is not to be confused with the related macaron. Who invented it? No one knows for sure, but this is your chance to try one of the first macaroons ever made in France. It's the original recipe of a traditional French biscuit made from egg white, ground almonds, and powdered and granulated sugar. It wasn't until the 19th century that confectioners began to put cream or ganache filling between two biscuits and call them macarons.

The biscuits we've selected for this box are made with all-natural ingredients: almonds, hazelnuts, egg whites, sugar, flour and nothing else, especially not preservatives or artificial colouring. But Maison Charaix's secret method, jealously guarded for generations, is what really achieves that perfect blend of crunchy crust and soft interior with the typical flavour of slightly candied almonds. The biscuits are simply delicious, which is why the recipe hasn't changed for centuries. The mere thought of biting into one of these freshly-baked macaroons is enough to make your mouth water!