A delightful French food gift box from the Limousine region! 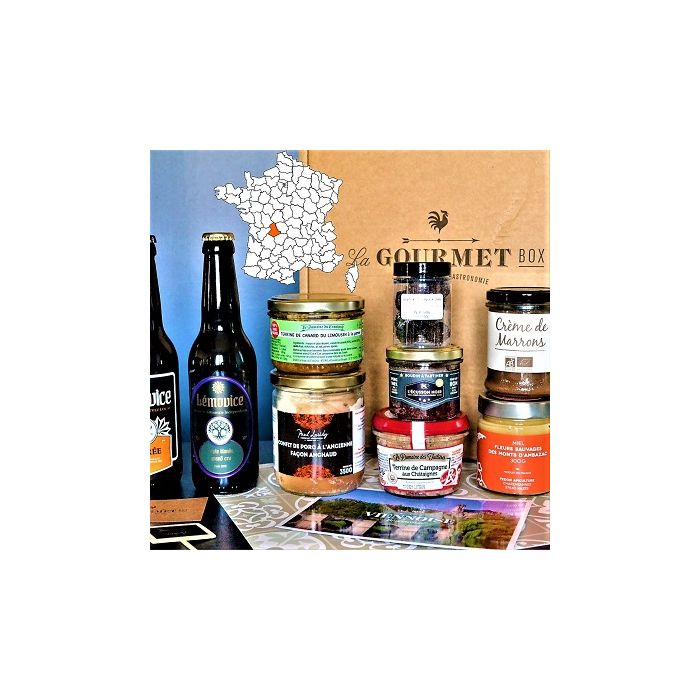 La Gourmet Box invites you to visit Limousin, a land of pastures and livestock—and so much more. Epicureans are in for a delectable surprise with this must-taste box of Limousin delights

Details on our Limousin gourmet box products and artisans below.

OUR GOURMET GIFT box from the Limousine region, A DELICIOUS FRENCH FOOD AND beer hamper FOR THE MOST DISCERNING FOODIES

Experience the succulent delights of Limousine, as you eat your way through this fabulous gourmet box. 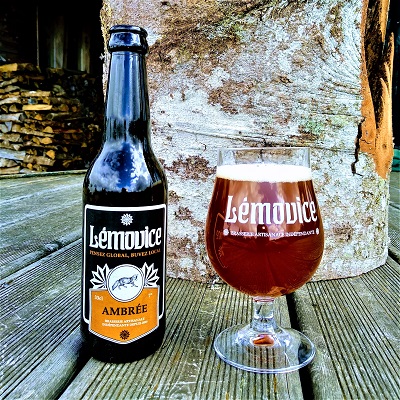 Limousin may not rank among France’s finest wine regions, but we did find a small craft brewery that works wonders. Founded in 2003 in the Haut Limousin, Brasserie Lémovice produces a variety of high-fermentation craft beers that have proved quite successful. For your first sip, we recommend the amber ale with a slightly hoppy, roasted flavour.

Whet your appetite with a cold glass of this exquisite brew! 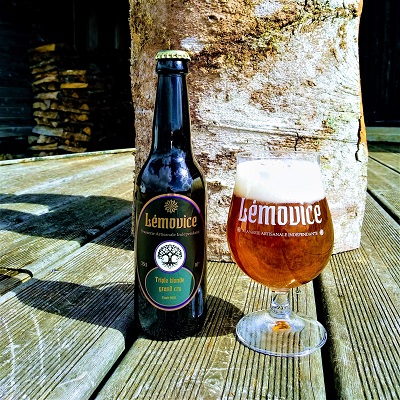 We fell head over heels in love with this triple blonde beer. With its beautiful golden hue and amazing range of flavours, it’s a fitting tribute to the brewer’s art. In addition to being made with premium ingredients (barley malt and hops), this beer is aged for several months in bourbon barrels to give it an amazing aromatic complexity. We had a hard time getting our hands on this heavenly nectar because it’s a rare and highly coveted cuvée.

The perfect gastronomic beverage to accompany an authentic Limousin feast! 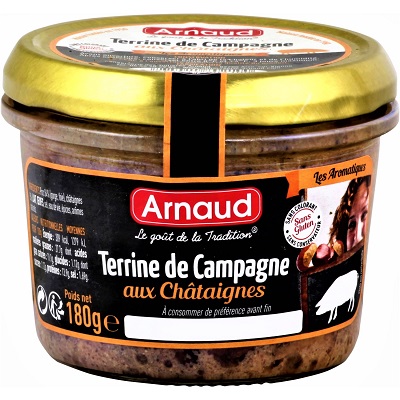 Limousin is prime livestock country, but it’s also rich in chestnut trees. Originally cultivated for timber to build fences and pens for grazing animals, over time locals have also come to prize its delicious fruit. The flavour of Limousin chestnuts is magnificently incorporated in this creamy terrine with no artificial colouring or preservatives.

Spread it on a piece of bread, and your culinary exploration of this region will be off to a splendid start. 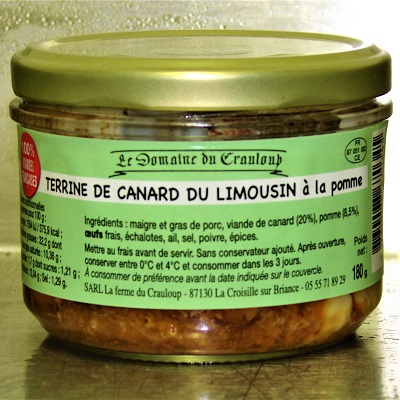 Experience the pleasure of a duck terrine carefully crafted by an expert artisan from the finest meats—no preservatives, of course—and tangy apple for contrast: on a slice of bread, this delicious spread is a wonderful way to begin your Limousin gastro-tour. 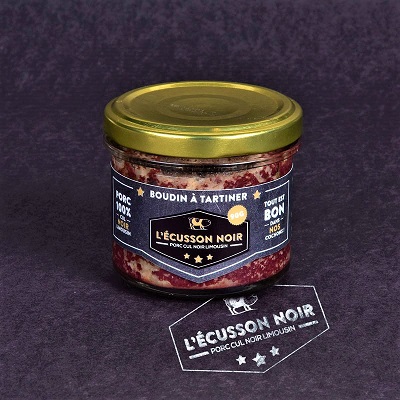 What an amusing name! The Cul Noir or “Black Bottom” is one of France’s six surviving native pig breeds, raised almost exclusively in the Limousin region. Originally from the Iberian Peninsula, home of the famous pata negra or “black leg” pig, this breed is named after its distinctive black rump. Cul Noir pigs are free-range animals—increasingly rare these days—and the population is quite small, with a little over 200 sows in all France, primarily concentrated in the Limousin region.

This artisanal boudin or black pudding represents a rare opportunity to experience the taste of authentic pork, untainted by industrial agriculture. 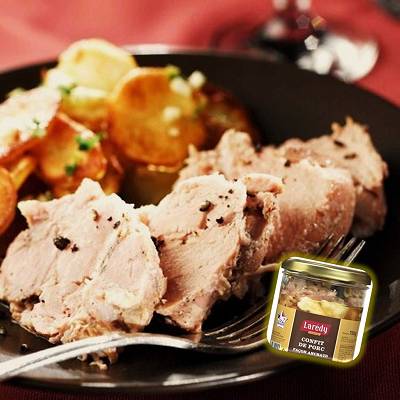 Enchaud or pork confit is pork loin minced with garlic and potted in duck fat. To savour this delicacy the traditional way, serve cold with a salad or chips/fries—and don't forget the savoury aspic!

However, you can also eat it hot, with a wine sauce for instance. 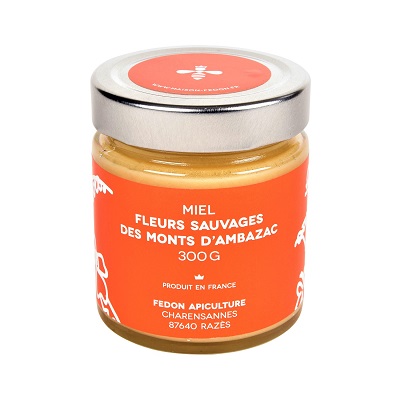 The wooded slopes of the Monts d’Ambazac, which rise to 700 metres above sea level, boast a rich variety of wildflowers whose nectar is collected by honeybees each summer. Harvested in late July, this light caramel-coloured honey is a delicious blend of the aromas and flavours of Limousin. 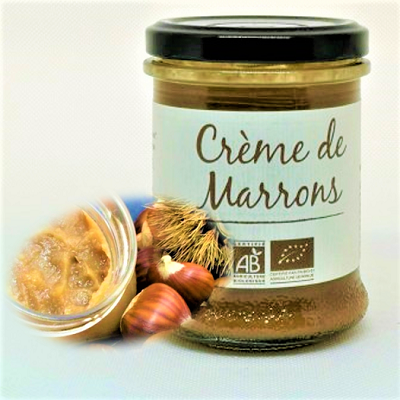 Limousin chestnuts are quickly becoming one of France’s most interesting products, so we wanted to offer you an excellent organic chestnut spread where the nutty flavour isn’t overpowered by sugar, as it often is in industrial spreads. 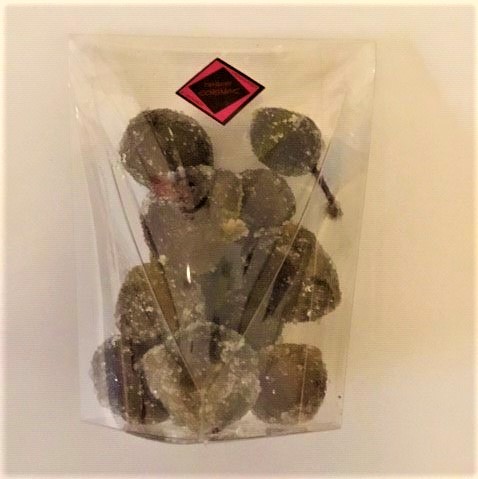 The sweet and juicy Pruneau de Saint-Léonard is an ancient variety of Limousin plum that’s become the dainty queen of Saint-Léonard. In the past, one of the most popular methods of preserving this fruit was to repeatedly dip it in sugar water. This process produced delicious “sugar plums”, which together with marzipan have brought culinary fame to the village of Saint-Léonard.

Today, only a handful of confectioners still make this delicacy, and we think the sugar plums of our artisan Vincent Coignac are a sweet temptation no foodie can resist!

This month, our French gourmet box of the Lemosin region gastronomy in LaBoxduMois website: great rating! and in Toutelesbox website: Perfect rating!! 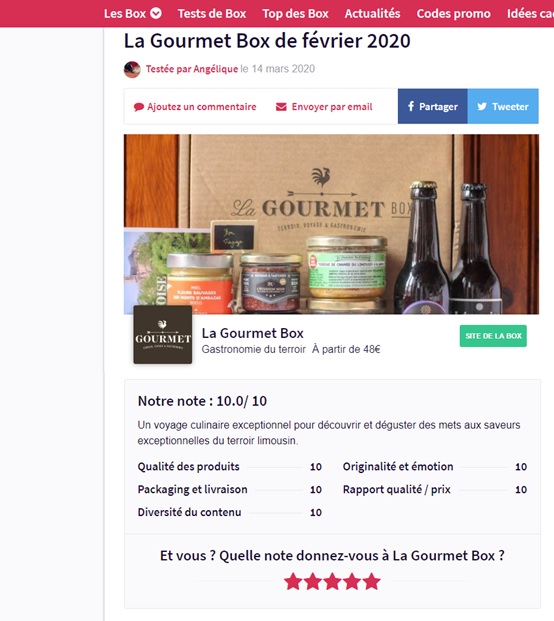 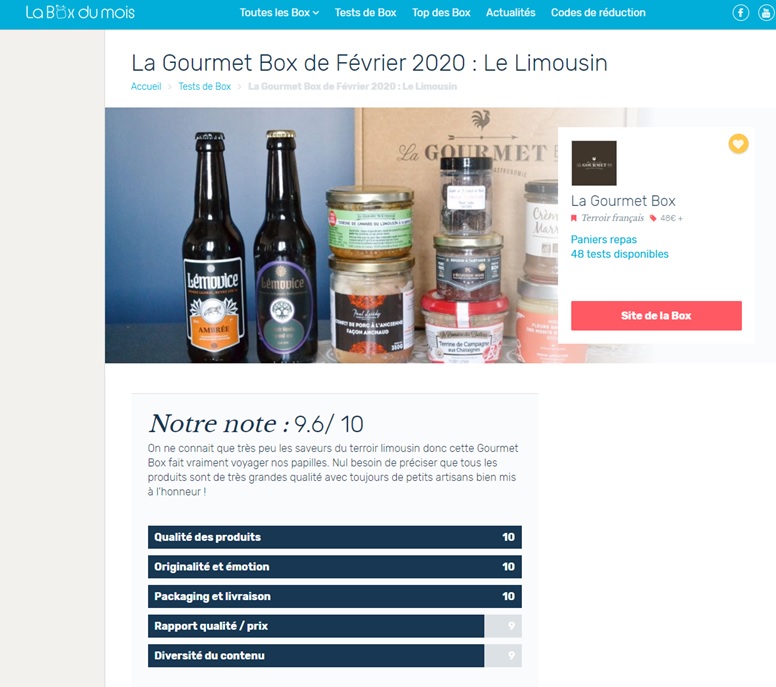