Though best known for its delicious beer and eau-de-vie, Picardy has many more aces up its sleeve in the flavour department. This month's GOURMET BOX invites you to discover the gastronomical treasures of this historic region: beer, Maroilles cheese, Soissons beans, endives, sweet and savoury waffles and more. Picardy is a land of culinary diversity and small local producers who take pride in their work and strive to preserve time-honoured traditions. Your taste buds are in for a gourmet adventure! 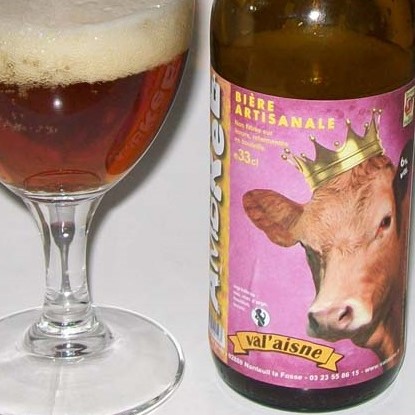 This full-bodied, top-fermenting amber ale is a favourite with beer connoisseurs, noted for its rich colour and unique flavour. Made by a craft brewery in Val de l'Aisne, it’s the only beer still made and bottled by hand in the entire region. To truly appreciate the many flavours of this unfiltered ale with no added carbonation, we recommend serving it cold in a collins glass. 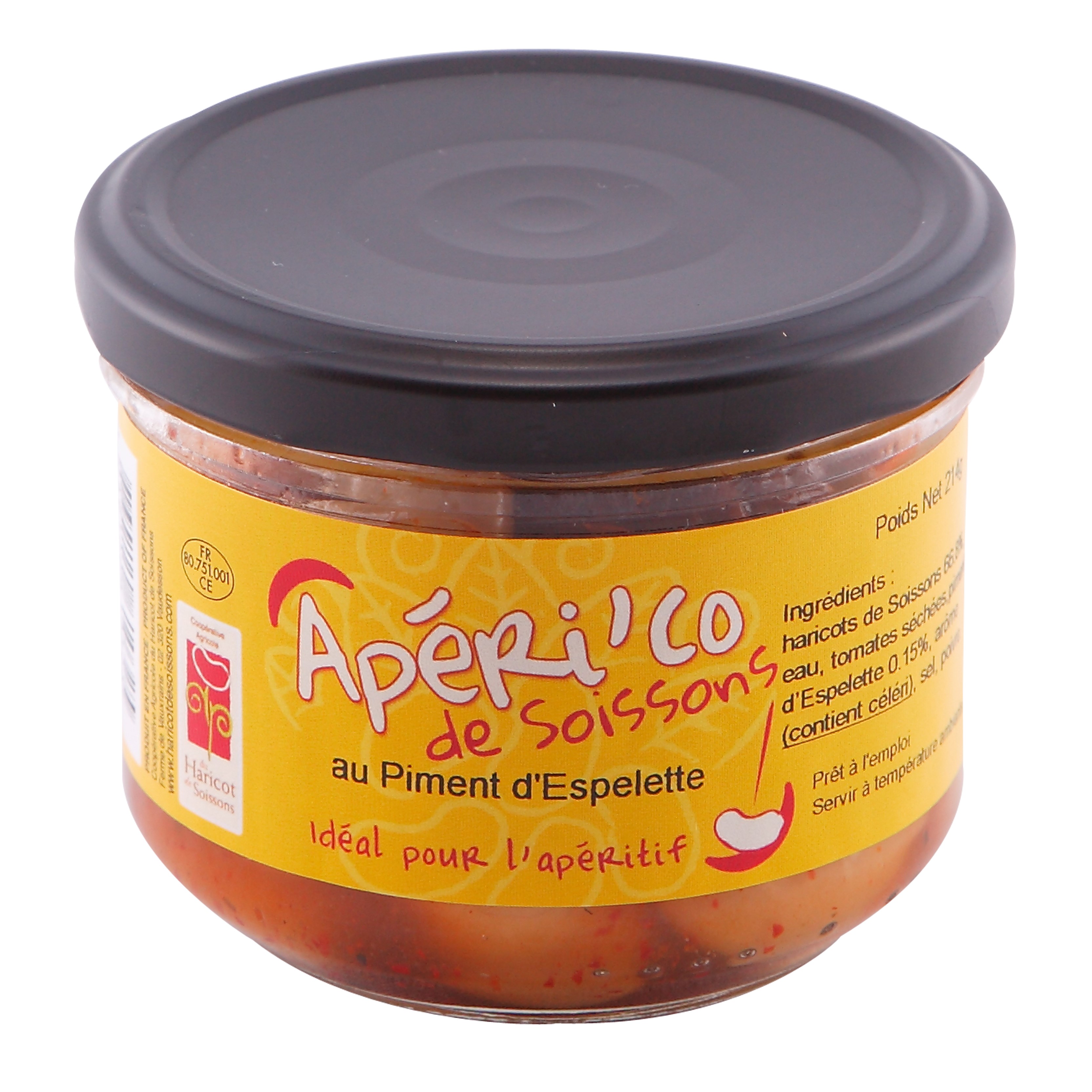 An original addition to your hors d'oeuvres spread! These small white beans, known as the "olives of the north", will delight vegetarians and novelty-loving foodies. Soissons beans are one of the crown jewels of Picard cuisine and are only grown in Aisne. This exquisite delicacy flavoured with a hint of Espelette pepper is made by the Soissons cooperative. Like olives, they make a great finger food; serve at room temperature, straight from the jar, and enjoy! 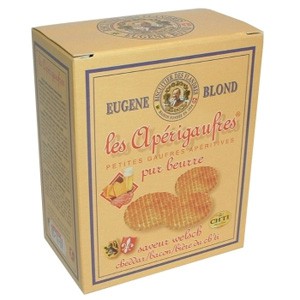 No truly Ch'ti (as the Picards call themselves) hors d’oeuvres party would be complete without, these lightly salted, pure butter mini-waffles, crunchy temptations with the flavour of Welsh rarebit. Though most think of it as a British recipe, this dish is also a staple of pubs and taverns in the region of Nord-Pas-de-Calais, where it is known simply as "welsh": savoury cheddar cheese (often mixed with beer) melted over a piece of toast with a slice of ham and baked until golden. Washed down with a good Picard beer, these little waffles will make the winter much more bearable. 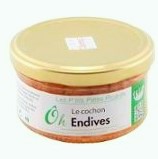 This spread makes a highly original snack, an unusual yet perfect combination of two typical Picard products: endives and beer. The slightly bittersweet taste of the caramelized endives goes surprisingly well with the malty flavour of the Val Aisne amber ale. An extraordinary recipe that's sure to amaze! 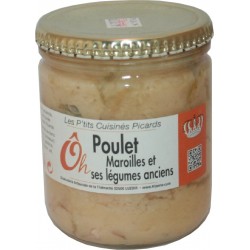 There's only one artisan tripe shop left in Picardy, and we found it! La Triperie de Luzoir specializes in prepared dishes based on traditional Picard recipes with locally-grown produce and meat. You'll be licking your fingers with this delectable chicken, accompanied by a medley of local vegetables (cabbage, carrot, leek, turnip, rutabaga, Jerusalem artichoke) and Maroilles, the famously pungent, semi-soft cow's milk cheese made in Avesnois. In 2014, this savoury, well-balanced dish won the bronze medal for Best Regional Product. Best served with a good local beer. 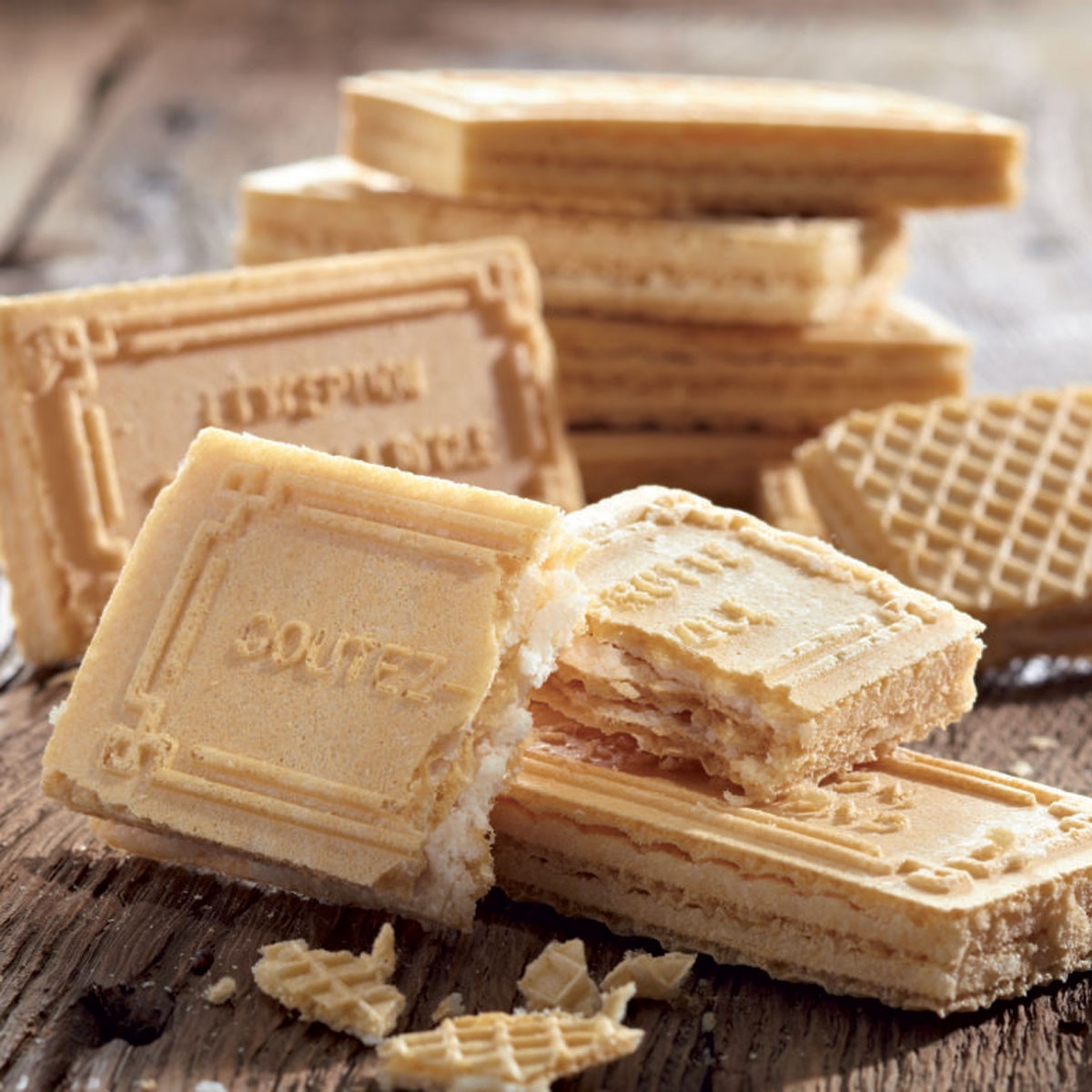 Discover the taste of old-fashioned goodness with these vanilla-flavoured waffle wafers invented in 1894 by Eugene Brown, head pastry chef at Saint-André. They became widely popular thanks to the "amusing" messages printed on one side. Comptoir des Flandres, in the town of Lambersart, has started producing these wafers again, which retain their humorous sayings, although a few had to be modified because some of the jokes weren’t funny after more than a hundred years. Breakfast, snack, dessert... any time is a good time to munch on these treats! 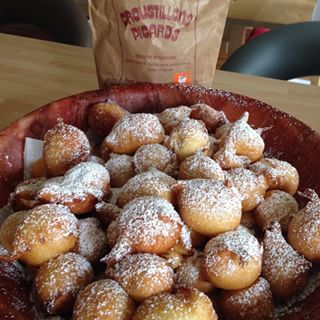 Ready to get your hands dirty? This prepared mix for making croustillons Picards, the fried dough balls typical of Picardy, is the perfect excuse. The contents of this package yield between 100 and 150 of these sweet morsels, but you don't have to make them all at once. If you use half of the mix, just add 2 eggs and 3 tablespoons of cottage cheese. Crack the eggs into a mixing bowl and add the cottage cheese and dry mixture, then stir and mix until smooth. Use two spoons to shape the dough into little balls and fry them in hot oil. Remove from the oil when they turn golden, and sprinkle with a bit of confectioner's sugar if desired. A guilty pleasure for young and old alike! 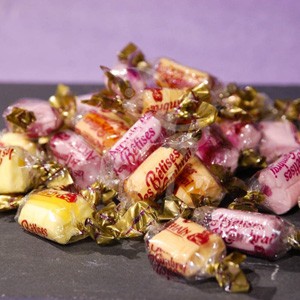 This GOURMET BOX contains the original bêtises (French for "follies") from the town of Cambrai. These minty sweets are made by the Confiserie Afchain, the same place they were invented in the 19th century. Legend has it that an apprentice confectioner named Emile Afchain accidentally dropped some mint into a batch of caramel. He kept quiet about his "folly", sold the sweets to the public, and the rest, as they say, is history. Today these sweet temptations are part of France's culinary heritage and appreciated round the world. Rectangular with a stripe of caramelized sugar down the middle, bêtises are famed for their uniquely refreshing flavour.

AND WITH A BIT OF LUCK... A CHANCE TO WIN ONE NIGHT AT A CHARMING HOTEL 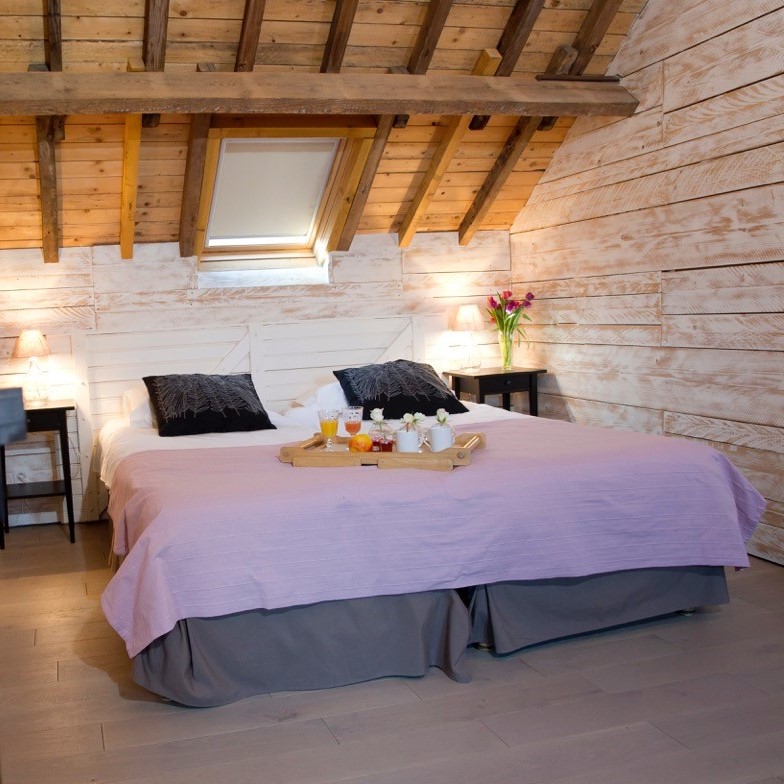 La Cressonnière, an inviting haven of peace and greenery in Picardy.

One of our GOURMET BOXES will contain a fantastic gift certificate that entitles two fortunate gourmands to a night at the charming country hotel of La Cressonnière, just five kilometres outside Soissons. The discreet yet attentive proprietors, Audrey and Philippe, always offer their guests a warm welcome and amiable service throughout their stay. The gift certificate includes one night in a double room, a hearty breakfast, and access to the wellness zone, which boasts a heated pool, hammam, sauna and jacuzzi. Enjoy the luxury of a spa in the heart of nature! While you wait for your box to arrive, we invite you to discover this lovely corner of France on our Blog. Good luck, gourmands!