A Gourmet Christmas Food and wine gift hamper from the Burgundy region!

This holiday season, La Gourmet Box invites you to discover one of the paradises of French gastronomy: welcome to Burgundy, and more specifically the Franche-Comté, land of wines, cheeses and many more gourmet surprises... This is one gourmet hamper you won’t want to miss! Happy holidays and bon appétit!

Details on our Burgundy food and wine hamper products and artisans below. 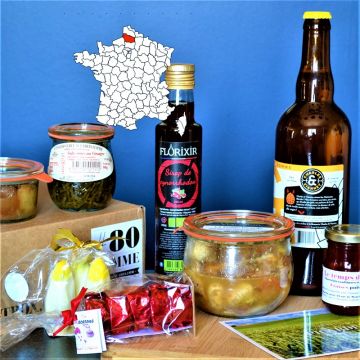 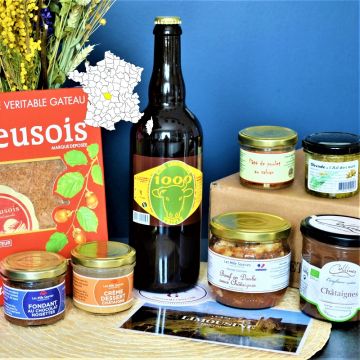 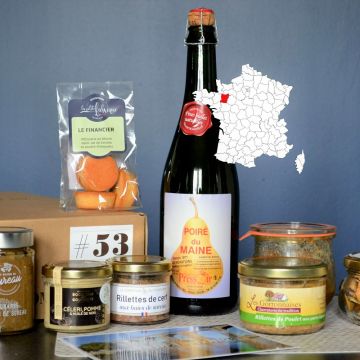 The Loire Valley Gourmet hamper, gastronomy of the Mayenne region

Experience the succulent delights of France's Burgundy gastronomy, as you eat your way through this fabulous Haute.Saône region gourmet box. 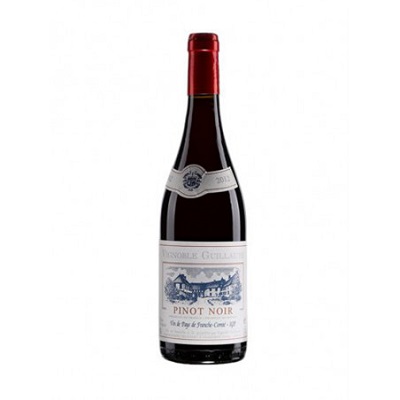 You can't taste Burgundy without sampling a glass of Pinot Noir, the king of Burgundian reds.

In Burgundian history, wine was often a religious affair: the wines of Gy were owned by the archbishops of Besançon in the Middle Ages, before the Guillaume family took over the vineyards in the 18th century.

A favourite with wine lovers (3 stars in the influential Guide Hachette des vins), our viticulturist’s Pinot Noir cuvées are a genuine delight. With its lovely ruby red colour, aromas of leather and red berries, and lively mouthfeel with mineral hints, this is the perfect choice for a glass of holiday cheer! 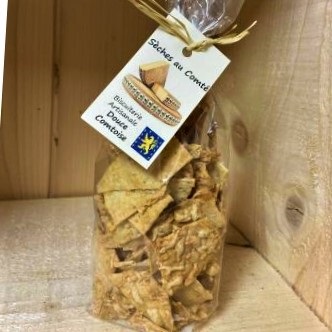 You’ve probably already tried a commercial variety of this little biscuit, but we wanted to offer you a more authentic, artisanal version. Visually, they're far more appetizing, and in terms of taste there’s no comparison: we’re sure you’ll agree that the artisan’s touch makes all the difference.

The sèche, made with the region’s unmistakeable Comté cheese, is a staple of any proper Burgundian apéro! 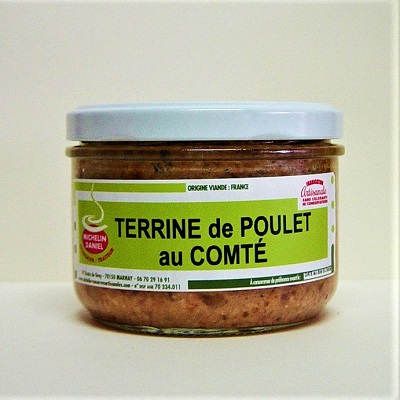 Our master charcutier obtains his quality ingredients from local producers and never uses artificial colouring or preservatives. He also makes all his own condiments, stocks and broths using only fresh, home-grown herbs, and the results speak for themselves.

The Comté cheese adds a special touch to this delicious terrine. Grab some bread and start spreading! 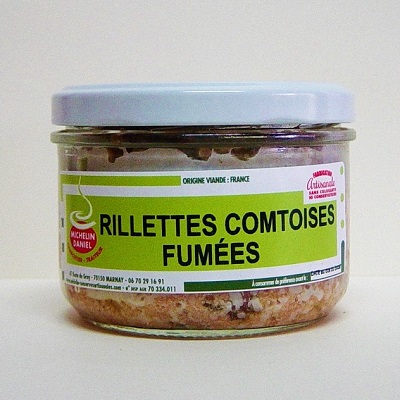 We couldn’t resist these old-fashioned rillettes made with Franche-Comté pork and incomparable savoir-faire.

The perfectly balanced smoky flavour is a lovely surprise: with its magnificent taste and texture, you’ll never want the Christmas snacking to end! 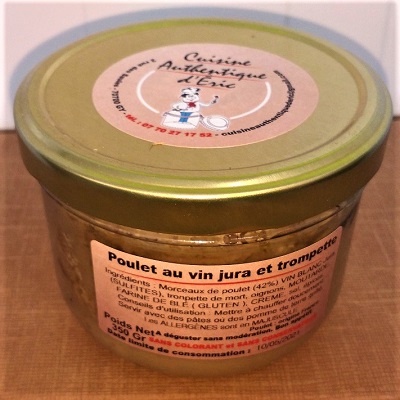 Based in Gy, Éric creates delicious Burgundian dishes and terrines and scrupulously avoids using artificial colouring or preservatives in his concoctions. His creations rely heavily on local Franche-Comté products, and this intensely flavourful, melt-in-your-mouth chicken fricassee is no exception.

The meat is slowly stewed in Jura white wine and accompanied by delectable horns of plenty: a genuine triomphe! 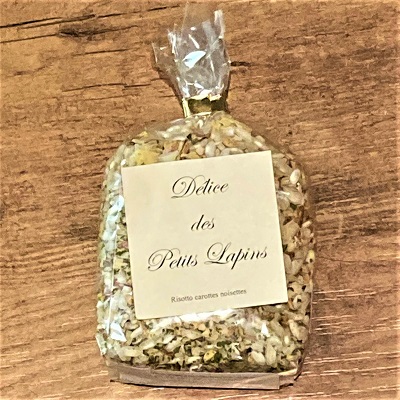 And to go with this fricassee, our artisan has prepared a gourmet rice dish with a simple yet highly successful recipe.

The mix is easy to make and even easier to enjoy! 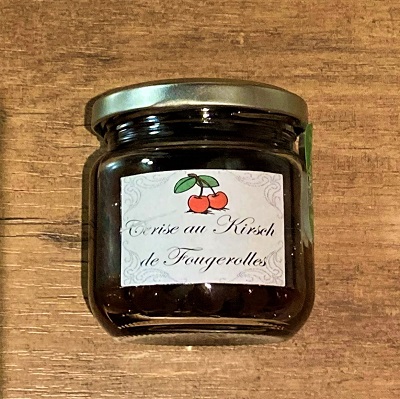 These cherries are so good they’re addictive... At the foot of the Vosges Mountains, 400 m above sea level, in the Ballons des Vosges Regional Nature Park, our artisan's family has been making cherry liqueur for generations.

Their artisanal knowledge and expertise, passed down over the years, has garnered them several gold medals at the National Agricultural Show—and we can guarantee they won them fair and square!

There’s no better way to finish a holiday dinner in style. 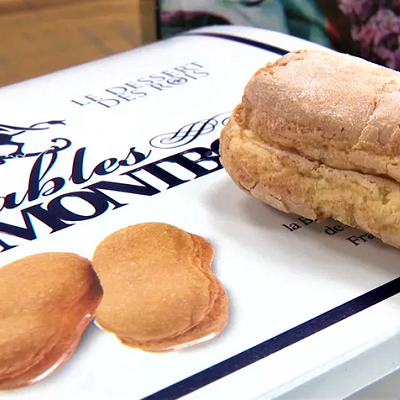 A revolutionary biscuit with a fascinating history! During the French Revolution, the chef of King Louis XVI was forced to flee the court and hide in the village of Montbozon, where this royal treat, once a favourite at Versailles, was democratized. As a way of thanking the people who had taken him in, the chef shared his delicious recipe with them, and they passed it on—much to our culinary delight.

As they unabashedly say in Montbozon, what was once the dessert of kings has become the king of desserts! Mouth-watering goodness.

This month, our French gourmet hamper of Lorraine's gastronomy in LaBoxDuMois and ToutesLesBox websites: outstanding ratings! 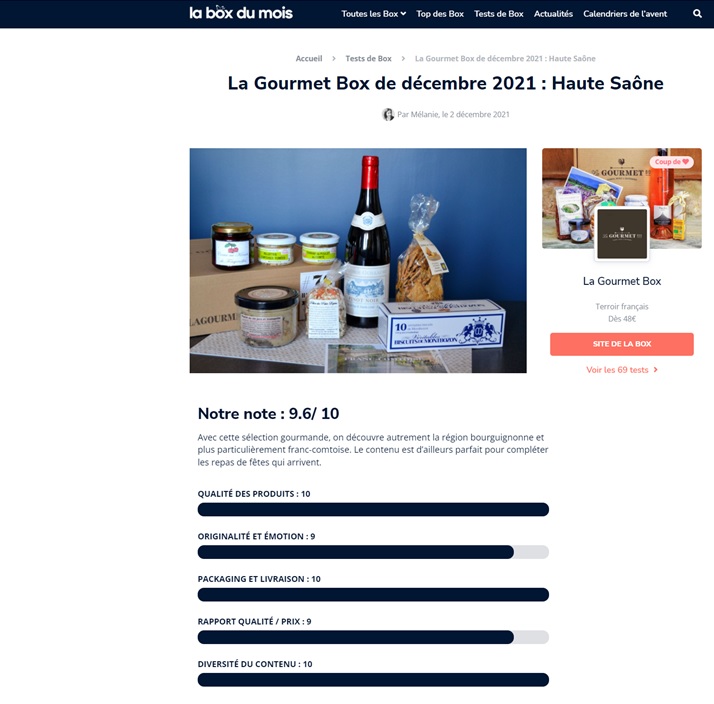